Courses: DO408 - Automation with Ansible with exam

This course has no future course date(s) listed. Use the form to contact the course provider for more information.

Automation with Ansible with exam (DO408) is designed for system administrators who are intending to use Ansible for automation, configuration, and management. You will learn how to install and configure Ansible, create and run playbooks to configure systems, and learn to manage inventories.

This course is based on Red Hat® Enterprise Linux® 7.

Through hands-on labs, students will learn to automate system administration tasks on managed hosts with Ansible, learn how to write Ansible playbooks to standardize task execution, centrally manage playbooks and schedule recurring execution through a web interface with Ansible Tower. Students will also learn to manage encryption for Ansible with Ansible Vault, deploy Ansible Tower and use it to manage systems, and use Ansible in a DevOps environment with Vagrant.

Outline for this course

System and cloud administrators who need to automate cloud provisioning, configuration management, application deployment, intra-service orchestration, and other IT needs. 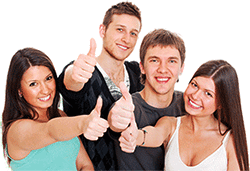 Booking
DO408 - Automation with Ansible with exam
Start here

Campaign!
Fields marked with * are mandatory